Treating stress-related conditions – including anxiety, phobias, panic attacks and PTSD – is an everyday occurance for hypnotherapists.

The good news is that hypnotherapy – as you’ll read from the testimonials below – can help you calm down quickly and break free from old patterns from the past.

I say more about calming your emotional brain here and how we all too easily get hypnotised by our ‘Monkey Minds’.

For now, let’s look at some testimonials from clients who were happy to share their stories about how I helped them…

Let’s start with M.O. from London who suffered from emetophobia…

“I first wanted to say thank you for all of your help when I saw you earlier this year. After many years struggling with anxiety and emetophobia, seeing you has had an incredible impact on my day to day life.

I think I said to you when we met that I felt an absolute dread that I’d never be able to escape the phobia, that I lived every day worrying that anxiety triggers would arise, and that I found it very hard to cope when they did.

Incredibly, I’ve now spent the last 6 months or so with anxiety playing a much, much smaller role in my life -in fact, I often forget it completely for days on end!

The phobia no longer affects what I am doing, and how I feel most of the time – since seeing you, I’ve been able to successfully hold down a full time job whilst living independently in London, and have even started running – something that I’ve wanted to do for a long time.

I’ve not cancelled any plans, called in sick to work, or stopped myself from doing something I enjoy due to anxiety at all since I’ve moved here, and am really pleased to be living a life which feels so much easier, and less inhibited then before. I really can’t thank you enough for your help.”

“I just wanted to drop you a little note to let you know a few good things that have happened since I last saw you.

We spoke about me ‘answering the call to adventure’ and I did just that. I flew to Canada for a holiday, despite my fear of flying. I thought about coming for a session but decided to push myself to use the calming techniques you had already taught me. Despite one very turbulent flight I managed to keep control of my nerves.

I also check my basic human needs sheet regularly to keep on top of things and have noticed a very positive impact on my life.

Thank you for all the work you did with me, my life has completely changed for the better. The dynamic of my whole family has improved so much because of you, we all recommend you to people! Hopefully many other people can gain as much from your sessions as I have.” A.B.Ipswich

“Before I came to see Gavin most of my time was spent checking things, from spiders in my bedroom, the oven being turned off to doors being locked, in the belief that if I did this checking, nothing bad would happen to me or my family.

I had suffered with OCD for more than 20 years and the best decision I made was to come to see Gavin. I feel like a new woman!

My head is no longer cluttered with ‘checking’ thoughts and I feel so much more confident in myself and happier. The best thing is I have more time to spend with my family and my children won’t grow up watching me checking things, so there’s no chance they will copy me.” (name/ initials withheld by request)

“Just as there was a light at the end of the tunnel, with the children all grown up, money getting easier, more time to ourselves etc., my life just seemed to stop. I became frightened of everything.

I was terrified of travelling in the car, on the roads I would have panic attacks and sheer terror would take over, we couldn’t travel on the motorways, we had to poodle down the country lanes to get anywhere.

Something had to be done, enough was enough – I was getting so I couldn’t/wouldn’t go out. I knew I couldn’t go on feeling like this. One phone call and four visits to Gavin is all it took to put all my fears and anxieties to rest.

I feel like a different person and already I’ve done more in two weekends than I had managed to do in two or three years.

This weekend we travelled over 400 miles to see our son without one moment’s panic travelling on major motorways. If I had realised someone could help me I would have made that phone call to Gavin earlier – I can only say thank you for all his help and support.” G.H. Suffolk

And here’s another testimonial about travelling, this time regarding fear of flying…

“I was unable to fly without a two week build-up of fast pulse, vomiting and panic spells. In the airport symptoms increased, spending most of the time in the rest rooms, gagging, vomiting, unable to concentrate to even be able to hold a conversation, eat or drink, feeling as though I would rather die.

I hadn’t flown for some years and had decided that I would never fly again. After a personal recommendation I contacted you and what a change. I still really don’t know how or why things changed but I am so pleased that I made the first steps.

The next flight with my husband was so good he could not believe he was flying with the same person. He could not stop remarking on how I had changed and how different I was.

Calm, relaxed, taking an interest on what was going on around me, chatting, even managed to eat something in the airport and on the plane. I am sure you have helped me open doors to many more visits abroad that before I would have never believed possible.” S.H. Ipswich

“After months of suffering acute anxiety and not wanting to go down the route of antidepressants, I sought help from Gavin. It was the best decision I made. Gavin helped me navigate through painful memories and events in my life that I wasn’t aware were still affecting me and were in fact, underlying my anxiety…” S. K. Colchester

And this one, from C.C. in Stowmarket, is about fear of heights, something the client had suffered from since a traumatic incident when he was just four years old…

“I went to see Gavin as I had suffered from vertigoin quite a disabling way for 70 years. We had 5 or 6 sessions using a combination of hypnosis and NLP and with very little preparation at home I set off for a visit to Ethiopia.

I was astonished…I had my first drive through serious mountains which I could enjoy and look at the view as opposed to clinging on to the seat with whitened knuckles whilst looking fixedly at the floor.

I chose to seek out a gorge near a temple I was visiting, which was the equivalent of the Grand Canyon and stood on its edge, looking down 1000 feet to the Blue Nile…

This has been the most marvellous improvement in my life that I can remember. It has been almost impossible to accept that my mind-set could be so changed after so many years.”

“I had experienced 5 months of depression, severe insomnia and panic attacks. I had even given up my job because I could not make decisions and found it difficult to leave the house. Conventional medicine was helping a little but not enough…

…within a few weeks I began to feel better, my sleep improved enormously and I began to get my life back, regained my self esteem and confidence.

I am now applying for jobs and can look forward to the future.” A.W. Bury St. Edmunds

“I’ve noticed that on seeing a spider I no longer feel my heart pounding or the urge to run away. I can quite happily sit in the vicinity of larger spiders, not really bothering whether they are removed or not.

I used to have to watch their every move to ensure that they did not disappear from view with the possibility of returning at a later date when I would be unprepared.

I have even gone as far as to catch a fairly large spider in a shoe box, something that was totally impossible previously. The difference is amazing.

Before undergoing hypnotherapy I couldn’t imagine my life not being ruled by the fear of finding a spider but now it is not. It has set me free…many thanks.” A.B. Ipswich

All these changes were made possible because when we use hypnotic techniques something changes on an instinctual level. It is far more powerful than merely trying to think differently, as in CBT.

When instinctive patterns are updated you simply feel better. You are set free from old patterns and memories that might have kept you captive for years.

Get in touch is if you have any questions or take advantage of a Free Discovery Session with me to find out how you can conquer stress-related conditions and anxieties, phobias, panic attacks and PTSD.

Back to Reviews and Testimonials 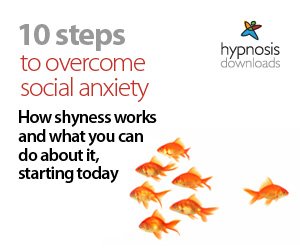 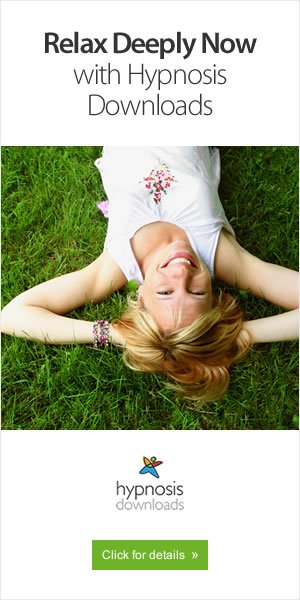